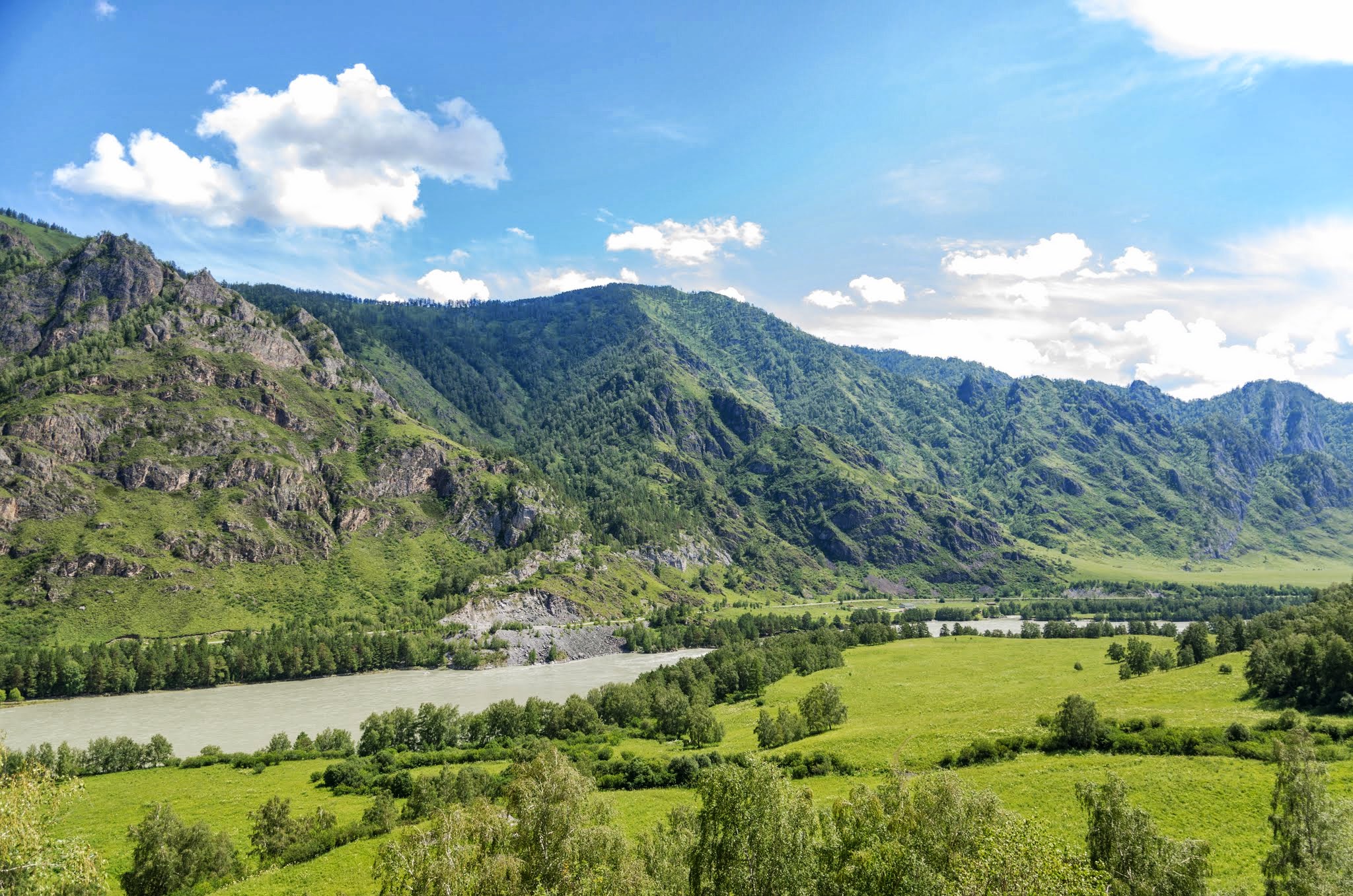 Breathtaking natural wonders, crystal-clear blue lakes and magnificent mountains are the main attractions of Altai. Every year, up to one million tourists come to admire them. The most popular trips include hiking, equestrian sports, rock climbing, hunting, fishing, visiting caves, rafting, etc.

People began to settle in Siberia more than 40 000 years ago. Hunting tribes had been formed by the end of the glacial period. To hunt animals, people had to invent new tools. The sites of the primitive people of the Neolithic age were found in the Ob valley near the village of Kiprino. A huge state of the Huns was formed in the 3rd century BC. Later, the tribes of Altai were formed in the course of nomadic migrations, internecine wars and the mixing of tribal unions.

The Golden Horde yoke attacked the Altai tribes in 1206-1207. It was a difficult time for the Altaians. The Mongol-Tatar conquerors took all the grain and cattle for their troops, weakening the forces of the Altai people. Later, the princedoms separated from the Golden Horde located to the east of the Urals, forming the White Horde which in the 15th century was divided into the Nogai Horde and the Siberian Khanate. Until the 16th century, the Altai tribes were under the rule of the Mongolian khans. The defeat of the Siberian Khanate in the course of the conquest of Siberia by Ermak marked the beginning of the annexation of Siberian tribes, including the Altai tribes, to Russia. However, the West Mongolian tribes took advantage of the lack of proper fortifications on the Siberian lands conquered by Russia and continued to raid the Altai tribes. The Mongolian forces decided to retreat, but at the same time, they took the Altaians with them. Only a few people managed to hide in the mountains and taiga.

In 1756, the Altai slaves managed to break free, returned to the Altai and voluntarily joined Russia. Soviet power was established in 1919. The republic has its own constitution, adopted on 7 June 1997, and a flag and coat of arms. Russian and Altaic are two official languages of the Republic.
Today, the indigenous peoples in Altai are divided into southern Altaians (Telengits, Teleuts) and northern Altaians (Kumandin, Chelkans, Tubalars).

Barnaul is the administrative centre of the Altai territory. It’s located on the left bank of the Ob River. The city was founded in 1730. In the middle of the 18th century, it began to develop as a mining settlement. The railway was built in 1915. It influenced the development of the economy of the city and the region. Today, Barnaul is a major industrial, cultural and transport centre of the Altai Republic.

Biysk is the second largest industrial centre of the Altai, founded by the Decree of Peter I in 1709. It is a large educational and cultural centre of the region. The railway track of the Turkestan-Siberian railway, which connects Eastern and Western Siberia, passes through the city. The famous Chuya Highway starts at Biysk and ends in Mongolia, in the village of Tsaganur. The main industries are chemical power engineering, machine building and metalworking.

If you decide to explore Altai, forget about luxury 5-star hotels and fancy restaurants. Tourists usually start their journey in Barnaul, Biysk and Gorno-Altaysk, and then move to the camping sites and small mountain settlements near the lakes and waterfalls. You can book any campsite through Booking, Airbnb or other similar websites. Have a look at Zolotye Peski, Camlak, Tydtuyaryk, Raft-Premier and Lyubava. When in Barnaul, you can book Hotel Sibir, Hotel Tourist or Hotel Prestige. In Biysk, have a look at Art-eco-hotel Altai, Mini Hotel Praga, Forsage Hotel or SV Hotel.

Most campsites serve simple traditional cuisine like borshch (beet soup), pelmeni (dumplings), meat with fried potatoes and hearty salads. The best restaurants in Barnaul are Pozharka, Iyroglif, Velvet, Gold of Packard and Ku-Ku Dym. If you decide to stay in Biysk before going to a campsite, visit Kalina Krasnaya, Burger Room or Pancake Bar.

As mentioned above, Barnaul and Biysk are the region’s main transport hubs. The fastest way to get to Altai is a flight to Barnaul or Gorno-Altaysk. You can also go by train or by car, but the journey will take you 60-62 hours from Moscow. You can get to a campsite by bus, taxi or car (use Chuya Highway M-52, М-7, М-5 and М-51). Some campsites offer group transfers. You can also use buses to the most remote villages: to Chemal (twice a day), to Multa if you travel to Multinsky Lakes (every other day) or to Tungur if you are going to the main peak of the Altai.