Why Russia stands head and shoulders above the rest of Europe 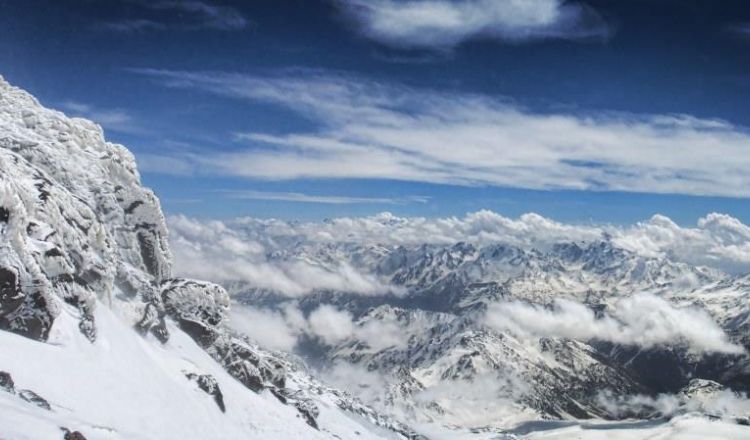 Did you know that the tenth highest mountain in the world is in Russia?

Mount Elbrus, in the Caucasus Mountains, rises to a height of 5642 m (18 510 ft) at its summit. This stratovolcano, which stands in Southern Russia, near the border with Georgia, has two summits, both of which are dormant volcanic domes. As the Caucasus Mountains are generally accepted to form the geographical boundary between Europe and Asia, Elbrus is considered a European mountain, as it stands on the northern side of the range.

The mountain’s permanent icecap feeds 22 glaciers, which in turn give rise to the Baksan, Kuban, and Malka Rivers. It’s generally accepted to have formed more than 2.5 million years ago, although the volcano is currently considered inactive (it last erupted about AD 50). Its western summit contains a volcanic crater about 250 metres in diameter.

The lower of the two summits was first climbed on 10 July 1829 by Khillar Khachirov, a Karachay guide for an Imperial Russian army scientific expedition, while the slightly higher one was first conquered in 1874 by an English expedition led by F Crauford Grove.

During the early years of the Soviet Union, mountaineering became a popular sport, and many people made the ascent. The Soviet Union encouraged its citizens to climb Elbrus, and in 1956 it was climbed en masse by 400 mountaineers to mark the 400th anniversary of the incorporation of Kabardino-Balkaria, the Autonomous Soviet Socialist Republic where Elbrus was located. The ascent is not technically difficult, but it is physically arduous because of the elevations and the frequent strong winds. The average annual death toll on the mountain is 15-30, mainly due to the many unorganised and poorly equipped attempts to reach its summit.

In 1997, a team led by Russian mountaineer Alexander Abramov took a Land Rover Defender to the summit of the East Peak, breaking into the Guinness Book of Records. The project took 45 days in total. They were able to drive the vehicle up to about 3800 metres, but then had to use a pulley system to raise it most of the rest of the way. In 2016, Russian climbers Artyom Kuimov and Sergey Baranov set another Guinness record when they reached Elbrus’s summit by ATV.

There are various mountain huts on Elbrus, while an astronomical observatory is located 2.5 km north-west of Terskol village at an altitude of 3090 metres. The Normal Route up the mountain is the easiest, safest and fastest, mainly due to the cable car and chairlift system which operates part of the way. If you have the skill and experience to give it a go yourself, we can make all your travel and accommodation arrangements for you – just give us a call on 0207 985 1234 today!